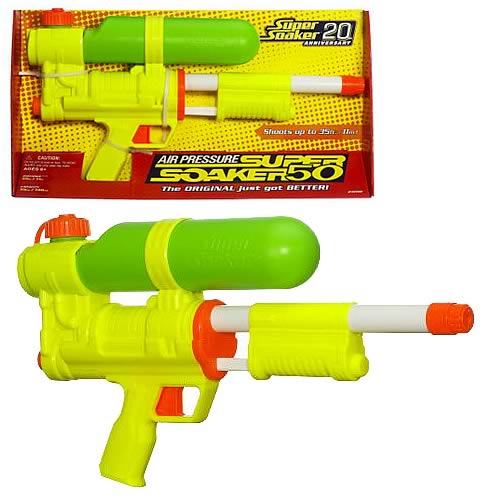 Back in the ’80s and ’90s, the de facto water gun was the Super Soaker. I myself had both the SS 50 and SS 100 guns, including a few extra water tanks. My friends and I would stake out my backyard, gunning for an hours-long fight to the death. Hasbro is re-releasing the original Super Soaker 50 to celebrate its 20th anniversary and for only $15 to boot. Do your kids a favor and pick one up for them. You and I both know you won’t regret it.