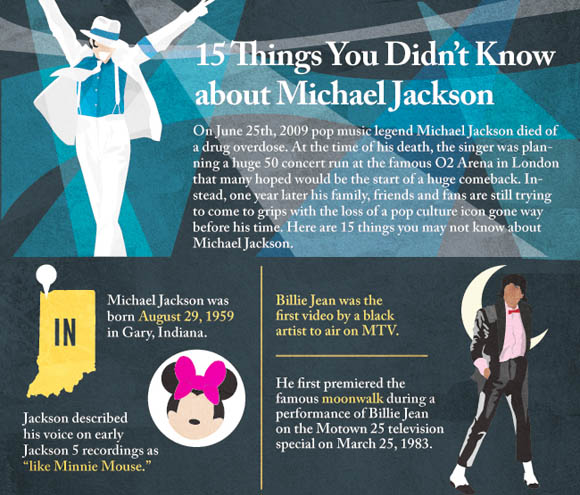 Widely known as the owner of The Beatles catalog and from his multiple appearances on Court TV, it turns out that Michael Jackson had a little music career of his own. I mean, let’s be honest, he was no Nickelback, but he managed to build himself a nice little career after leaving the Partridge Family.

See that? That’s the result of not reading this infographic. After reading I now know that he wasn’t only known as a businessman and a kinda-criminal, he was also an inventor! Check out the full infographic after the jump.