Sony Playstation Tablet PC Will Probably Be Released This Year 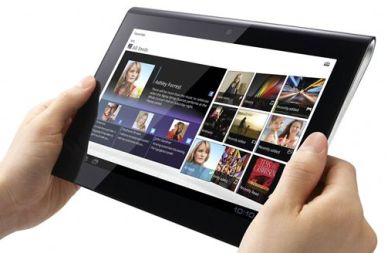 As if we hadn’t already heard enough about tablet PC madness this week, Sony has confirmed that their entry into the flooded tablet market will be released by the end of the year.

Sony has two tablets that will supposedly make their debut, called the “S1” and “S2”. Since the S1 has one screen, and the S2 has two… well, these certainly aren’t the most creative names.

Though Sony’s tablet isn’t news, the fact that one of them will be a “Playstation” tablet wasn’t known until recently. The “Sony Playstation Tablet S” will have two cameras, full access to the Playstation store and a 1280×768 resolution 9.4″ screen.

Still no word on a price for this piece of gaming/media hardware. Maybe we’ll get lucky, and Sony will take on the extreme Fire Sale pricing of HP’s tablet.