Sony, Geohot Settle Their Feud Out of Court 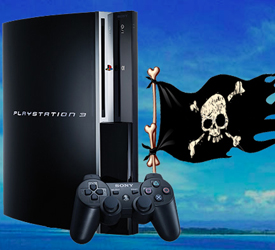 The national nightmare is over! After rap battles and then legal battles, and even the involvement of Anonymous, Sony and George “Geohot” Hotz have reached an out of court settlement that will bring about an end to this national nightmare.

So, here’s the deal: Geohot agrees to an injunction imposed by Sony. While nobody is saying anything for sure, this is assumed to mean tht Hotz can no longer post anything that could help others get around PS3 security (read: no more posting source codes). According to Hotz, he’s just happy this is all over:

It was never my intention to cause any users trouble or to make piracy easier. I’m happy to have the litigation behind me.

Sony is glad to put this litigation behind us. Our motivation for bringing this litigation was to protect our intellectual property and our consumers. We believe this settlement and the permanent injunction achieve this goal.

In the end, Sony comes out the winner. The longer this litigation stretched out, the worse Sony looked in the eyes of many consumers. Having this end here and now saves them the embarassment of this continuing, and it may appease Anonymous, though I would argue that they didn’t enter Sony’s mind one iota throughout this entire process.