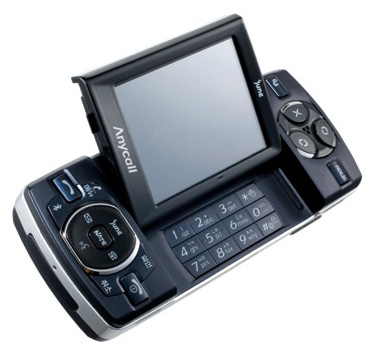 While we’ve all seen mobile’s that look more sleek and flashy, Samsung’s SCH-B550 smartphone is one piece of gear that packs a shit-load of power, into a tiny package. The B550 comes equipped with the usual features of a recently produced Asian cellphone. You got your MP3 player. You’ve got your 2 megapixel camera for any upskirt opportunities that might arise, and of course it brings, the now standard feature, Bluetooth. Along with the usuals, the B550 comes equipped with extras sure to please the gamer on the go, including a DMB TV reciever, which interestingly enough allows video out capabiilties as well, making for an extremely large mobile gaming experience.

The side panels of the phone resemble a mini video game controller which doubles as navigation keys for the phone menu. What really makes the difference is the add-on of a 3D graphics card which makes you feel uncomfortably close to Pac-Man and his odd eating habits. But like most gaming consoles or gadgets, what will make or break the phone is the selection of games that will be available to showcase the 3D features in all of it’s glory. Unless the B550 comes boasting the new Xena, it won’t find it’s way out of the far east. More pics after the jump. 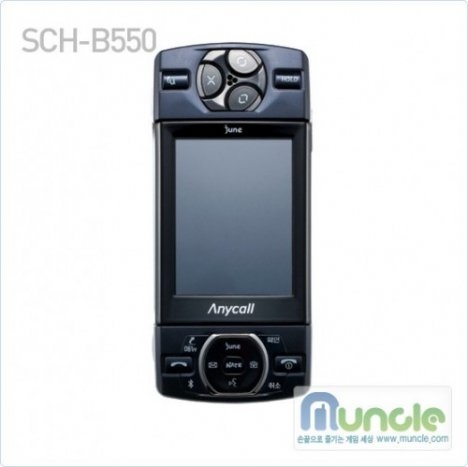 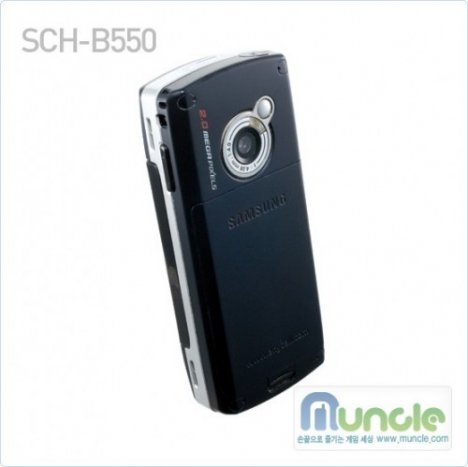