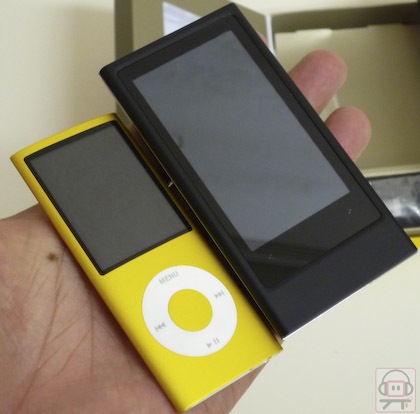 Samsung is updating its portable media player with the successor to the Samsung YP-P2, the Samsung P3. The device will be formerly announced in January, joining the media player race alongside the iPod, Toshiba U103 and the non-existant MySpace PMP.

Subtle changes include its rectangular aluminum body and three inch 480 x 272 touchscreen. You can expect it to have Bluetooth 2.0 with A2DP, FM and many of the other typical photo, audio and video capabilities found in portable media players. Storage capacity will range from 4GB to 32GB with varying prices which will be announced at a later date. Expect this to hit store shelves in early 2009.