Robbits: A way to interact 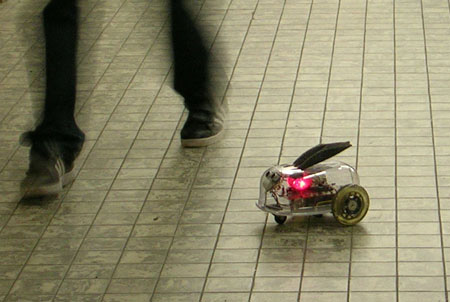 Robbits is a concept to invite humans to interact and play with robots. Using autonomous, community self- and location-aware robots, Robbits is designed to study the interaction between man and machine, with robots installed in modern life.

Robbits also serves as a chance to witness the emotional qualities of an interactive object on the streets, rather than strapped into a laboratory. The study is actually an official research venture by the Berlin National Academy of The Arts’ Design Department. The project aims to investigate whether an interactive object can trigger specific behaviors and emotions from a human audience by imitating a living creature. 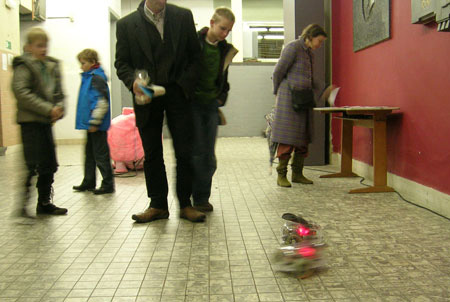