Quite Simply, Windows 7 Has Leaked 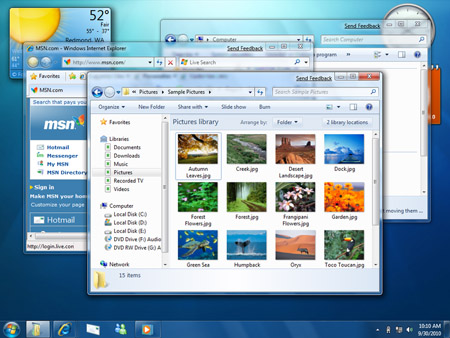 Don’t act surprised. It was only a matter of time before Microsoft’s next OS hit the torrent sites, considering Microsoft was handing out copies of Windows 7 to PDC (Professional Developers Conference) attendees. Both the 32-bit and 64-bit versions have leaked, weighing in at 2.72GB and 3.36GB, respectively.

It looks like a lot of people are hopping on these torrents on The Pirate Bay, so if you can’t use a private tracker, might as well raise a glass of rum to toast.

But how’s Windows 7 working out? Here’s what one downloader said:

So i have been using this for over a day now, and put it through its paces. I have noticed that it is alot faster than Vista (Shouldn’t be judging now as its a pre-beta . but hey) the os boots within 15-20 seconds than vista 30-40 seconds. Didn’t have driver for network port, but had cd for that, once the network was up and running, 4 other drivers were installed and that was it. The search function is alot faster. The Explorer is alot more stable and well build. If you have the Vista RC1 Key you can use it activate This Build.

Everything is running really good at the mo. Firefox, WLM,Winamp all installed.
32bit recognises all 4gb of Ram, and CPU usage is 0% when running WLM,2 IE’s,FF,Winamp.