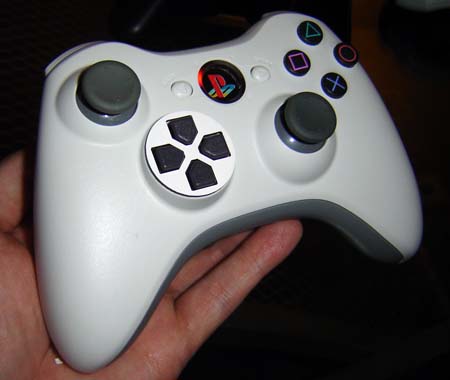 If you’ve seen the film There Will Be Blood, there’s a scene where Daniel Day Lewis calls his adopted son a “bastard from a basket.” I think that phrase sums up this controller nicely. The action of the PS3 with the cumbersome feel of an Xbox 360 controller. Brilliant. Who dunnit? None other than Ben Heck himself.