Past Sci-Fi Flicks Are The Future Of Masdar 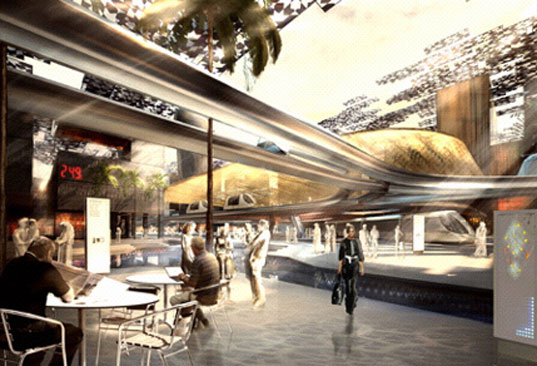 Abu Dhabi in United Arab Emirates has a vacant plot of land which will be used to hold “Masdar City,”  the first city to rely entirely on solar energy. The transit system will be much like the robotic taxi-cab in Total Recall, sans self-destruct mechanism. The system consists of a fleet of solar-powered programmable vehicles that seat six which will keep the streets free of congested traffic.

“You program what station you want to go to, and [the vehicle] will directly take you to that station . . . If you look at things like Blade Runner, etc., that we had 15 years ago, it’s really bringing that to the fore now,” says Scott McGuigan of CH2M Hill, the construction firm that’s building Masdar City.

Masdar City is bringing Blade Runner to the fore? No one wants to live in a city full of replicants, even if it’s eco-friendly. Someone better call Deckard to fix this mess before it gets out of hand.