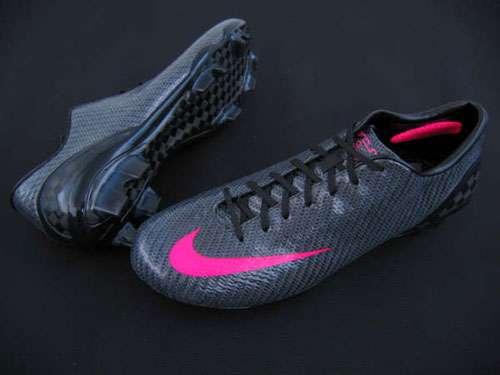 Nike is no stranger to designing lightweight footwear. An old pair of Air Mercurial Vapor IVs I used to own were the lightest shoes I had ever touched on this planet. Now Nike is telling me that I’m an idiot and that these $400 Mercurial Vapor SL (“Super Lite”) shoes are the next generation of Nike. Designed for soccer, these shoes weigh a total of 190 grams and are made up of some material called Tepex that’s normally used in aerospace engineering, as well as a carbon fiber body. 190 grams! That’s less then the amount of weed you have stashed in your closet!

Unfortunately, coolness comes at a price; Nike only made 2508 pairs of these so you’ll have to do some serious searching or spend over $1000 on eBay. Ouch. After the jump, more sweet pic-age. 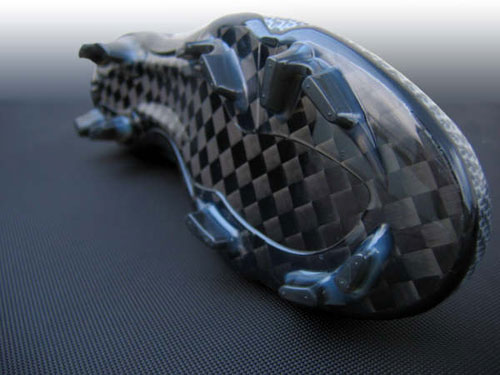