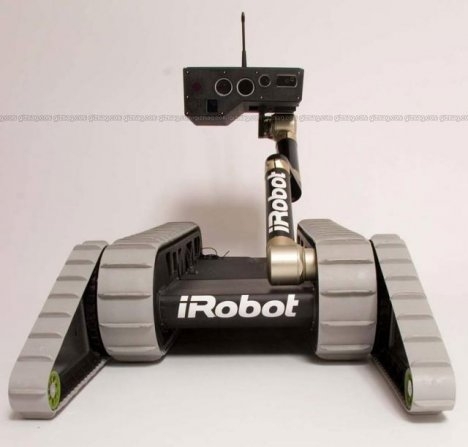 Robots have been so widely used in Afghanistan and Iraq that there have surely been thousands of lives saved by the mechanical wonder dogs. Boeing and iRobot have joined hands in tech harmony to create the SUVG Early, a next-gen reconnaissance robot capable of even more than previous models. The SUGV will be faster, lighter, and smarter than its older brother, the Packbot.

Featuring a video camera, commercial electro-optics, an infrared sensor mounted on its manipulative mechanical arm, and track-driven chassis, the SUGV Early is all around more advanced that any recon robot currently in use. The Early is expected to have a large and diverse customer base and is expected to be ready for delivery by 2008. — Andrew Dobrow