When it comes to technological advances, medical advances are by far our favorite breaking news headlines. Today we’re taking a look at color changing ink technology that marks syringes as being used to prevent re-use. 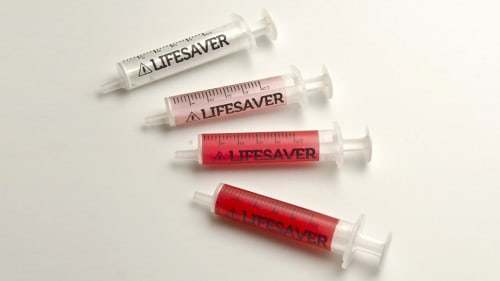 In a number of countries and communities syringes are re-used time and again during the administration of vaccinations, a dangerous practice that can lead to the spreading of disease. Dr. David Swann of Huddersfield University in the UK however, has developed a new technology to help combat syringe reuse. The new syringes turn bright red after use so both doctors and patients can recognize the syringe as being reused. The bright red coloring develops after the syringe packet has been opened. The technology works by keeping the syringes sealed in a nitrogen sealed package and within 60 seconds of that sealed package being opened the syringe changes colors to indicate that it has been used. Additionally, the new syringes barrel is faceted so that it is impossible to reuse the syringes in the first place.

A number of people are questioning whether this is such a simple solution in regards to the additional cost the new syringes will cause; however, the technology behind these syringes adds only a few cents to the cost of each needle.