Monowheel Is The Next Gen Unicycle 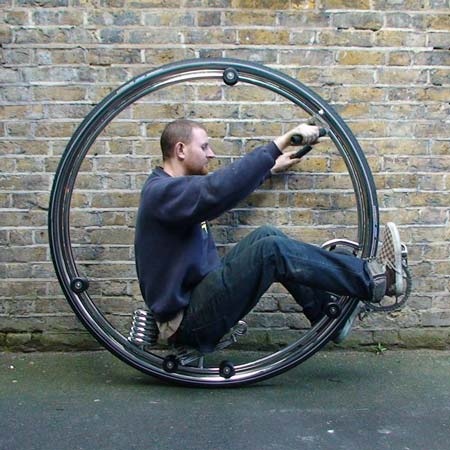 A typical unicycle is a one wheeled vehicle, where you can usually spy the driver of the said vehicle positioned on-top of the single wheel, flopping around like a trained circus performer. It’s time for a unicycle revolution! And the Monowheel delivers on all counts.

Instead of riding atop of a wheel, the Monocycle puts the driver inside of the single rotator. When rumors of a monowheel-like vehicle being sold in China proved false, designer Ben Wilson took matters into his own hands, creating his very own chick repellent. 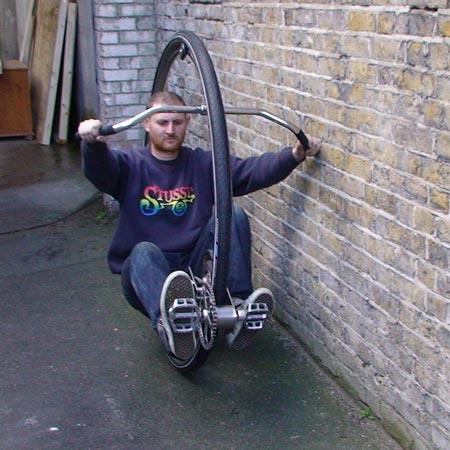