Microsoft Vista follow-up “Vienna” will most likely be in 2009 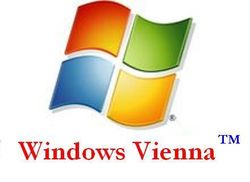 With Vista barely off of the metaphorical assembly line, Microsoft says that the follow up OS, tentatively named “Vienna”, should be ready for release by 2009. Vista’s release took a tremendous 5 years of development time after Windows XP. Vista is built on an entirely different platform, so Vienna can be expected to be not as much as a overhaul then Vista was.

Vista was actually planned to be much more of a revolutionary change, with a brand new filing system and user interface. When the new layout was shown to be vulnerable to worms, they went back to the drawing bored and created the less drastic Vista. Does Vienna have more of a drastic change coming, or are we looking at Vista Part Deux?

According to Microsoft, the user interface might be a total overhaul. Still to early to tell, but things should be getting pretty exciting from the Windows platform. Is Vista worth getting now? Wait and see. Betas and RCs will likely be released in the upcoming year and a half. — Andrew Dobrow