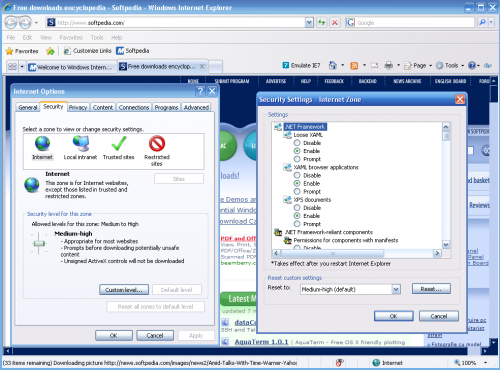 Like a bat out of hell, Microsoft this morning released Internet Explorer 8. As the follow up to the ultra-successful IE7, version 8 has a lot to live up to considering how commonplace Mozilla’s Firefox is becoming. New features include searching with images, web slices, new accelerated rendering engines and…well, yeah. That’s the gist of it. Walt Mossberg from the Wall Street Journal says it’s much better than previous versions and is a worthy competitor to Firefox. Sounds good. If I was using a Windows-based computer, I’d totally download it.