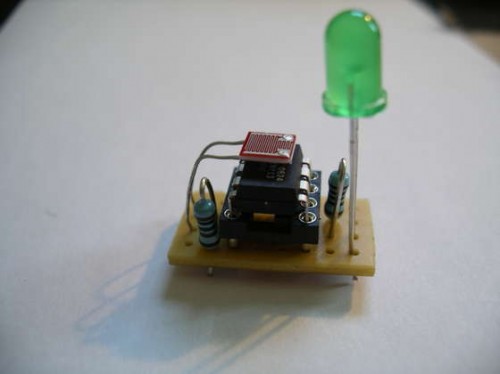 Alex Weber is firefly crazy. He’s so fascinated by the synchronization of fireflies that he programmed these Amtel ATtiny chips to simulate the harmony of blinking light that fireflies are known for. At first, the microcontrollers blink in no particular rhythm but as time goes on, they are able detect the flashes of their neighboring LEDs and sync themselves in unison. It makes the unsynchronized LED cape look so yesteryear.

He’s posted DIY instructions and the algorithm for the microcontrollers on Instructables.com for anyone who wants to duplicate a jar full of fireflies. Now if only LED body piercings would blink in unison. 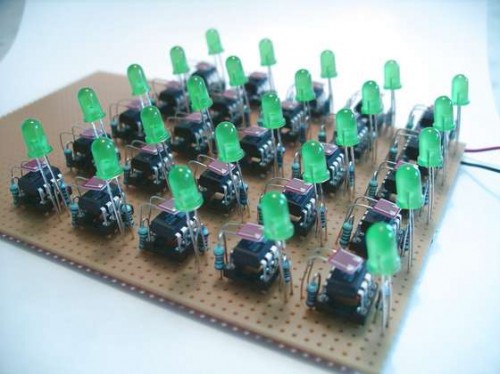