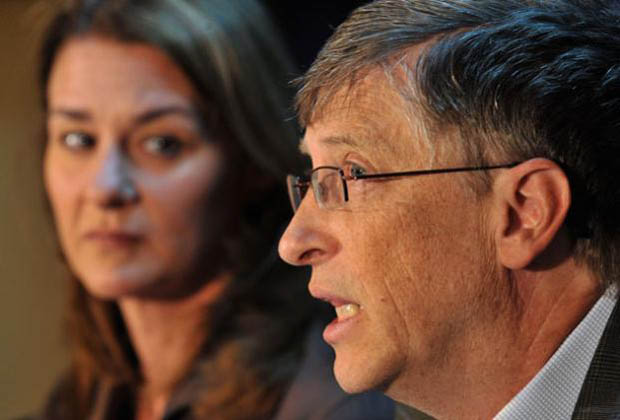 Awhile back I heard a myth that the Gates family patriarch banned Apple products from his home. Since I had never seen proof of any sort of Apple ban, I put the idea aside as some sort of sick rumor sliced together by a bunch of Apple vs. Microsoft rival enthusiasts. And then I saw this interview, which paints Melinda Gates, wife of Bill Gates, as the Soup Nazi of the Apple universe and my faith in humanity was shattered.

When asked what she would say if her children said “Mom, I need an iPod,” Melinda responded, “I have gotten that argument–‘You may have a Zune.'” I can only imagine that this answer is followed by a savage beating, though she left that part out.

The interviewer was not to be deterred. She asked Gates whether she owned an iPad (“Of course not”). Gates denied that her husband works on an Apple laptop. “False. Nothing crosses the threshold of our doorstep,” she said.
This curious interview of domestic manners reached its highest note when the interviewer asked: “Isn’t there room in this world for both Apple and Microsoft?” …the response might suggest to some that this interview was being conducted via Google Translate. For Gates’ reply was: “Microsoft certainly makes products for the Macintosh. Go talk to Bill.”

And it is the result of this very interview, that in the very rare circumstance that if my children, for some god awful reason, might one day ask me for a Microsoft media player, that my response will be “No Zune for you!“
Link [via]
apple Apple ban Bill Gates Gates household iPod Melinda Gates microsoft soup nazi 2010-10-24