Lasers Could Allow the Deaf to Hear 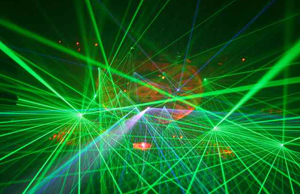 Lasers are awesome. This is just a fact of life. What else can you think of that can be used for everything from reading data off a CD, to destroying space junk, to annoying the ever-loving hell out of athletes? The short answer is “nothing.” Now it appears that lasers have found a new purpose: giving the deaf the ability to hear.

A University of Utah research team, led by Richard Rabbitt, found that using a low-powered infrared diode, you could stimulate the hair cells to fire off the neurotransmitters and fire up the neurons. This technology could be used to create a laser-based earpiece that would allow the deaf to hear. Now, I say “could” because as of right now there is one small snag: it wasn’t tested on humans.

It was tested on oyster toadfishes. To be fair, the oyster toadfish’s hair cells are similar to those found in the inner ear of a human, but it’s still a fish. Still, the possibility is there and that should make a lot of people excited.