Jinsei Ginko: Watch your life on a piggy bank 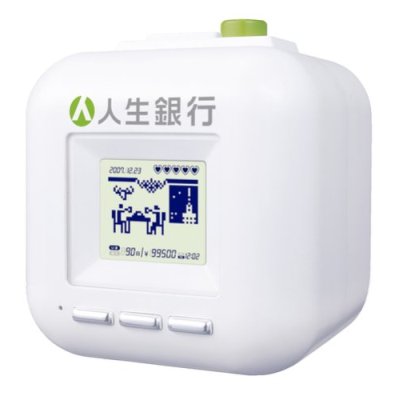 The Japanese population has one of the highest savings ratios in the world, and this Jinsei Ginko (human life bank) piggy bank helps reinforce that idea to the next generation. The Jinsei Ginko is not like other big banks you have ever seen before. For one thing, it can only take 500 yen coins ($5). Secondly, the more you save, the wealthier the tamagochi-esque family on the LED screen becomes. Starting with 3 pieces of ghetto tatami floor mats, as you put in more and more 500 yen coins, the home environment will gradually improve as you become more wealthy. The Jinsei Ginko can save up to two hundred 500 yen coins by the time it is full. The company might eventually release an even more advanced piggy bank that takes 10000 yen bank notes, if the 500 version is successful. The Jinsei Ginko is currently selling for $50 in Japan. 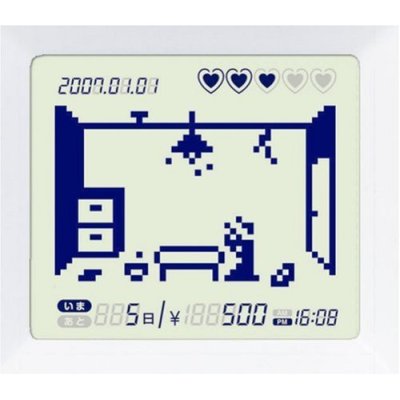 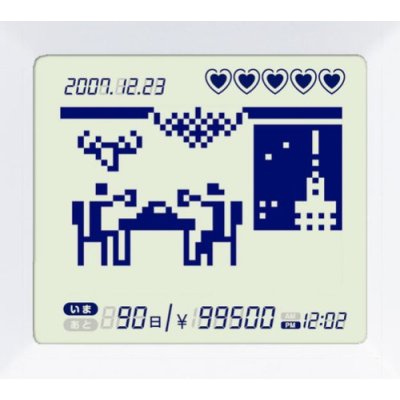