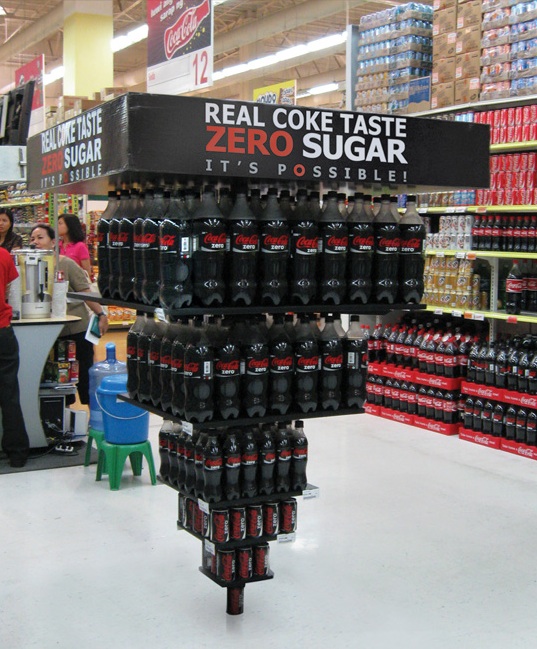 I don’t know if I’ve ever put any serious thought into whether or not an inverted pyramid store display was possible or not. In fact, I don’t think I’ve ever considered it at all, but Coca-Cola has, and they’ve integrated the idea into their Coke Zero “It’s Possible!” advertising scheme.

Coke’s mission was to stand-out in an ocean of calorie and sugar-free sodas polluting the modern day market’s shelves. Mission accomplished. The inverted pyramid display has caused about a 13% increase in Coke Zero sales in select supermarkets since its installation. Has Coke impressed you enough yet? Maybe next they can build a robotic dog made out of Coke Zero cans and make it jump through a flaming hoop onto a bed of nails. 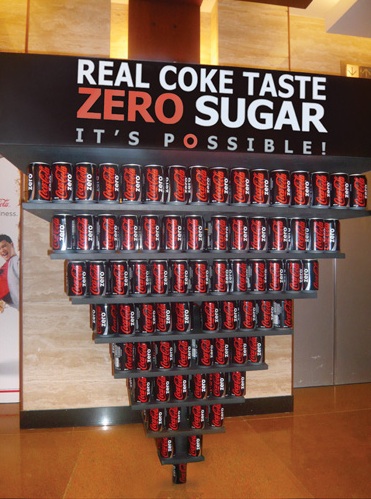 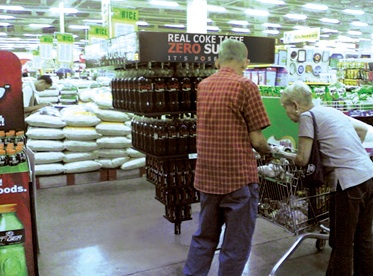