Forget Bocci: Old-Timers turn to the Wii for family fun 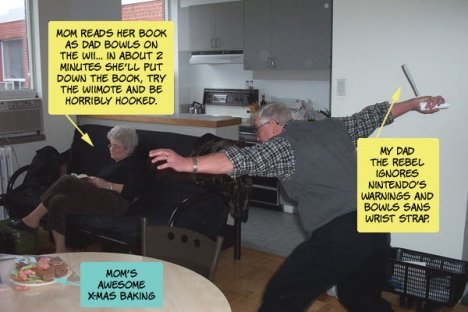 The image above says it all. The line between gaming, culture, and age has been broken thanks to the Wii and its ability to draw in all crowds from every demographic. And with the Wii Sports features of bowling and table tennis, how could a senior resist? All the exercise without any of the harmful UV rays. What more could you want? This unfortunate Wii player had the bad luck of his newly Wii-addicted mother being a Wii bowling whiz, beating him by a narrow, yet fair margin. It’s interesting that Senior’s lack of knowledge in other tech matters, such as e-mail and the internet is so lacking, yet the Wii manages to transcend all ages to make for an entertaining evening of Wii. And also socially awkward for the poor son. 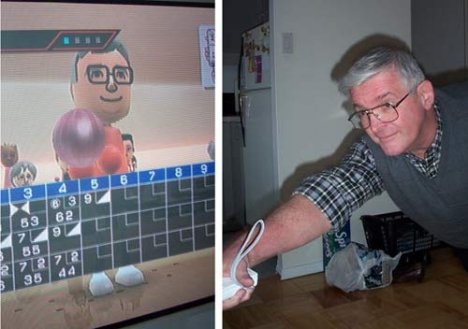 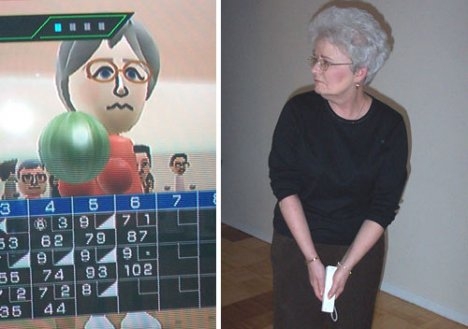 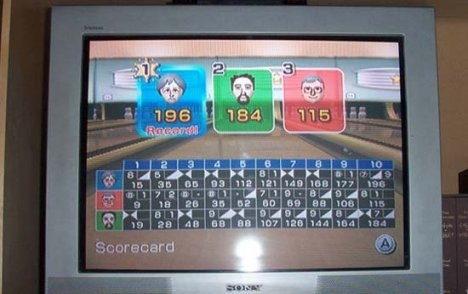