Festo AirJelly Swims Through The Air Like It’s The Ocean 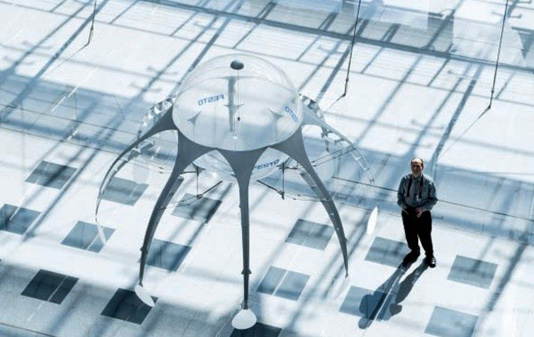 When we saw the robot which revealed how sea creatures might first have set slithery fin on land, we never imagined that other aquatic life-form robots would surface which would amaze with such ease. And then we set eyes on the Festo AirJelly, modeled after the jelly fish, which floats through the air as if the atmosphere was as buoyant as water.

Powered by a lithium-ion battery, an electric motor, a tad of helium gas, and what seems to be the brain of a jelly fish, the AirJelly uses its seven tentacle-like arms to float through the air. There’s also an aquatic version, the AquaJelly, but it’s not nearly as gorgeous as the AirJelly. Hit the jump for an amazing video of the creature in flight.