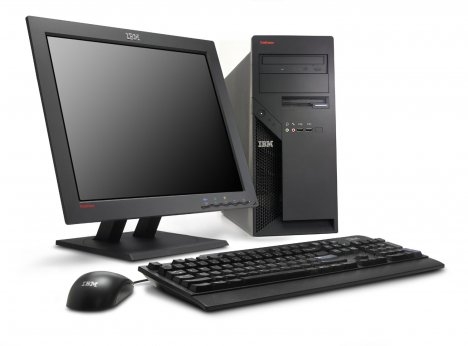 Desktop PC’s have been a foundation of everyday life for most people for over a decade now. If you were to do a case study of computers and their hardware history, one fact remains a constant. Hardware just keeps increasing work capacity, while also decreasing in physical size. With the ever growing explosion of laptop sales and the ever shrinking stature of desktop components, how long is it until the two sources of computing become one. When will the desktop PC become a legacy item?

With laptops capable of running faster and storing more than most desktops, the question popped in our minds of the future of the PC tower. What would have to change and how would our lives be different as we know them if there were to be a notebook revolution? I think we are already in a notebook revolution. WiFi and other wireless solutions are going to undergo heavy growth within the next 2-3 years.

The growth of wireless technology can only lead to one thing. A super gadget! Or at least we hope so. A contraption that houses not only a fully functional computer, but also a GPS system, with full integration to cars and other vehicles. Also with Internet telephony options and integrated social capabilities to interact with the people around you. This is just a pipe dream, but the creation of such an all-encompassing gadget is inevitable. With the shrinking desktop hardware constantly decreasing to palm sized technology, the death of the desktop is upon us. And there is nothing anyone can do to stop it. — Andrew Dobrow