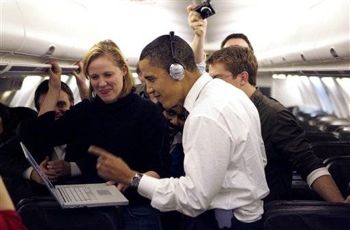 Apparently, people may have actually listened to Vince and sent out fake Vice Presidential pick announcements in advance of Barack Obama‘s VP selection. Obama generated a lot of buzz for the decision by telling the press that he’d announce his choice via text messages and email blasts to his supporters.

Joe Biden was named as the Vice presidential candidate this morning, but before the news actually broke there were tons of hoax emails. CNN reports there were scams claiming that Hillary Clinton, Tim Kaine, and Kathleen Sebelius had been chosen. One of the e-mails came Friday morning from “[email protected]” and reached many prominent Washington reporters. I wonder if the pranksters behind these announcements were actually hoping to influence the selection process or if they just did it for the lulz.