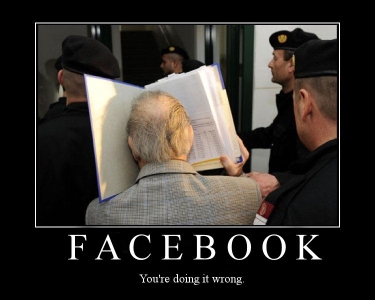 A pack of brilliant Turkish pranksters decided to use Facebook’s use of crowd-sourced linguistics for their own benefit. A group of clever hackers congregated on the Inci Sözlük message board and launched a full-scale attack on the Turkish branch of Facebook’s language translation interface, which relies on crowd-sourcing to improve the lingustics of the non-English Facebook translated pages. Hilarity ensued.

Facebook eventually rolled back the translations to their proper form, but the damage had already been done. The Facebook Translate application is apparently down for many languages. Whether this is related or not isn’t clear.