Facebook Chat Chooses Teacher’s Pets, Gives Back To The VIPs 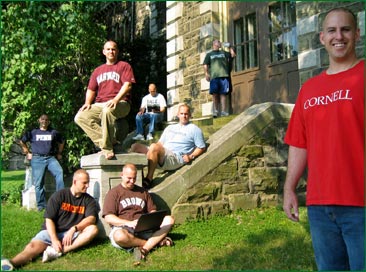 When Facebook announced that they would be rolling out their new Facebook Chat service, all that was said was that it would be rolled out very gradually to the public. What we didn’t know is that the social networking service was systematically rolling out the new service to their favorite group of Ivy Leaguer’s first.

The first people who were gifted with the new service were members from the Harvard, Stanford, University of Chicago, Berkeley, Brown, Dartmouth and MIT networks within Facebook, who were all among the first communities to give Facebook a following. We guess allowing those users to get first dibs is there way at giving back to the community. By the way, I’m still banned from requesting new friends, thanks to the “You might know these people” feature, and me, adding 5 people in successive fashion. Come on, Facebook! — Andrew Dobrow