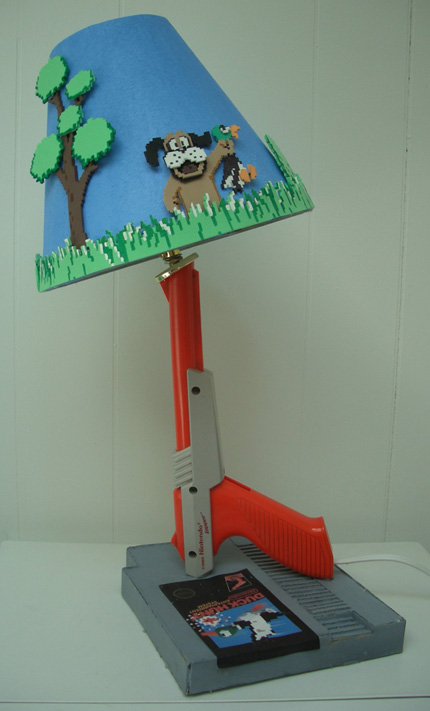 Before gaming became complex enough to warrant entire guide books, there were casual games which required only skill, practice, timing and coordination. Duck Hunt was one of the least complex games in gaming history. Shoot at the ducks, that is it. But despite its simplicity, Duck Hunt was a hit, one of the most popular NES games and one that has lived on for two decades past.

The Duck Hunter Zapper Lamp employs everything you need to play the game, sans the NES system itself. The gun and cartridge meet to create the lamp’s base and the shade is an ode to the Duck Hunt gameplay.