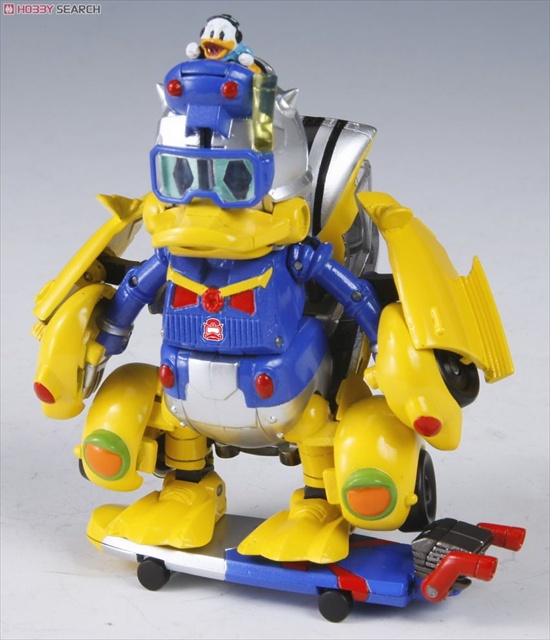 Disney has already scooped up Marvel and their massive catalog 5,000 comic book characters. But what if Disney moved onto greener pastures and started scooping up toy companies as well? If Hasbro was picked up by Disney, we might start seeing plenty of more toys like this.

The Donald Duck Transformer is both nightmarish (as you contemplate the possible future) and actually, sort of, dare we say, neat? Your second favorite animated duck (because everyone loves Daffy) starts out as an average Bug mobile. But make this duck angry and you’ll feel the unmitigated wrath of pure animated robot rage. 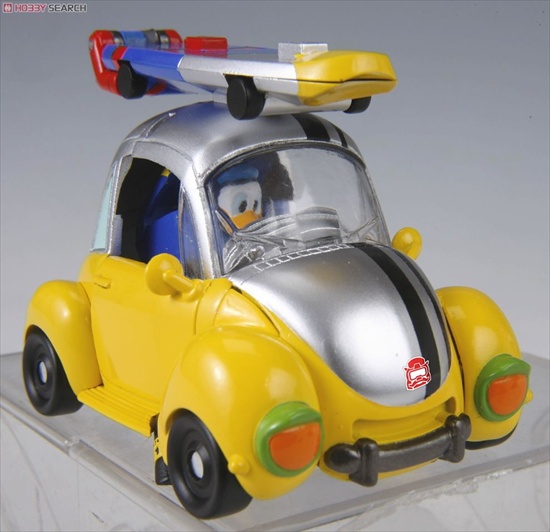