DIY Barcade On The DL Bears No Shame 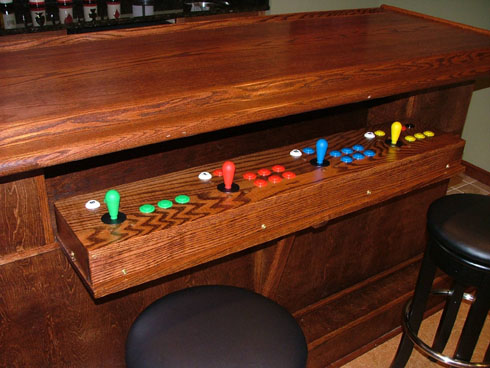 When you’re having company over, you can never be too sure whether or not they’re gamers. If they are, they’ll embrace your secret with open arms. If they aren’t, they’ll mock you. So, it’s best to keep your mouth shut about games and pour some drinks, instead.

Burke Lashell has drinking friends, gaming friends and a whole lotta’ beer. When he turned his bar into a barcade with a flip-out four-player arcade setup and a big-screen TV mounted on the wall, he had no idea whether all of his friends, gamers or not, would dig it. Dig it, they did. It’s still missing a few buttons, but hey, it’s a work in progress.