Diabetic? Your Insulin Pump Could Be Targeted by Hackers 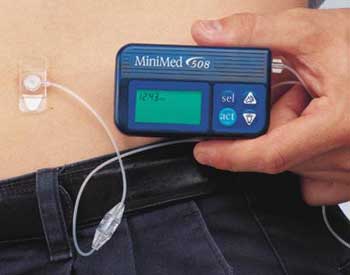 Think your medical electronic devices are safe? Think again. A new study confirms that some of the medical supplies used by diabetics could be targeted by hackers.

This might sound crazy, but it’s actually based on real research. Jay Radcliffe is a security expert, who did some tests on his own equipment to see if had any vulnerabilities. His research found that attackers could theoretically control insulin pumps and blood sugar monitors from a remote location. So, in theory, a hacker could raise or lower the insulin level you were receiving, which could cause you to die.

However, no one seems to believe that medical devices are really vulnerable to hacking, there’s little interest in developing a security system for diabetic supplies. Even with Jay Radcliffe’s research, it’s yet to be seen if any security will be developed for these devices.