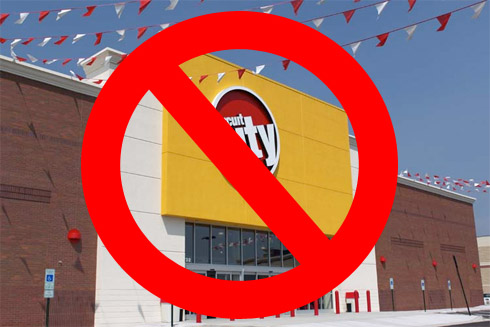 I really don’t see much of a future for Circuit City. If it’s filing for Chapter 11 bankruptcy, replacing CEOs, closing stores and losing cash, explain to me how the company is supposed to survive. Says Bloomberg:

On Sept. 29, Circuit City reported a loss of $239.2 million that was more than triple from a year earlier after sales fell for the sixth straight quarter.

The end is near for Circuit City. I’m guessing that by 2010, the company will fold completely and this part of our lives will be over and several thousand people will be out of jobs. Blame the economy and shitty customer service is what I thinks.