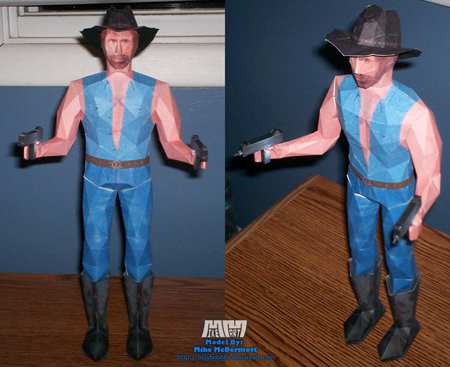 Chuck Norris is a man’s man. I’ve got no idea why, considering most of the movies he’s in suck major ass but he’s good with karate and supports the troops. That’s gotta count for something. As homage to one of the greatest living Internet memes in existence and the Scott McCoy, DeviantArt user Billybob884 has been cutting and pasting like crazy to craft this papercraft model of the most bad ass man in the Universe. Well, next to MacGyver, of course.

He’s also released instructions and the pieces required to make your own.