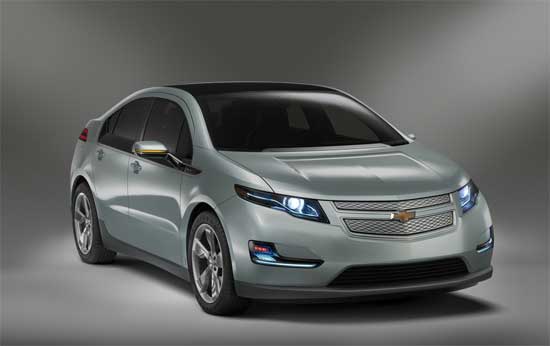 Nothing beats driving 60 miles for one hour only to end up stopping for an 8 hour charge as you run up the electric bill of some random stranger. Not even Chevy can deny the satisfaction of only having to stop at a gas station once a month, so it’s officially announced the Chevy Volt due out on the streets around late 2010.

If you couldn’t guess it by the name, Volt, it’s the first official plug-in hybrid from a major American manufacturer. Chevrolet is promising costs of just 2 cents per mile, which certainly will put less of a burden on your wallet than any traditional foreign car.  It’s about time some major American car manufacturers stepped into the hybrid race, but I’m still waiting on the elimination of fossil-fuel operated vehicles altogether.