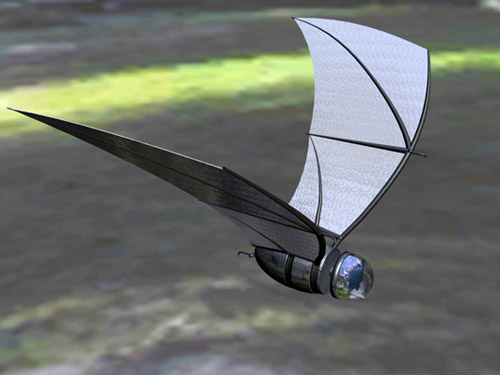 Is this a spy cam created by the military or is it Batman’s latest gadget? Of course it’s a piece of technology made by the military; Batman is a fictitious comic book character. The Army has awarded the University of Michigan College of Engineering a five year $10 million dollar grant to develop this robotic spy plane which bears an uncanny resemblance to a bat.

It’s called the COM-BAT and it’s concept was conceived by the US military for the purpose of gathering real-time data for soldiers. The folks behind the design are also huge fans of The Dark Knight. It’s a six-inch surveillance device that is powered by solar, wind and vibrations. So much for my idea of bat droppings as fuel.