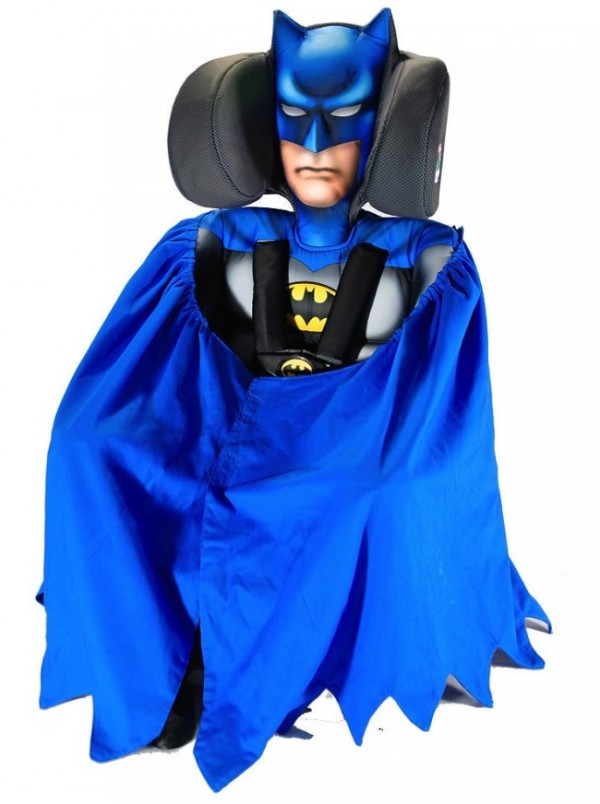 This Batman Car seat features a superhero cape which is used to cover your young one on chilly days. Or anytime your two-year-old wants to feel like a total badass. It doubles as a booster seat as well.

Being raised by wolves myself, I naturally felt a kinship with a superhero who spent a large majority of his time in a cave. My adopted wolf parents weren’t too keen on my mental love affair with a “dirty bat.” They forbade it. But a quick mention of “You’re not my real Dad!” put them in their place. I only got 125 stitches  Psh… a paper cut!

If my canine den masters had any idea on how to nurture the mind of a soft, mushy human like myself, they would have encouraged my sprouting emotional landscape. For instance, they could have bought me this awesome Batman Car Seat. And while we didn’t have a car. In fact, we feared them, I still feel as though I would have been better mentally adjusted with a little emotional tender, love and care. Don’t do it to your children! Don’t be an animal! 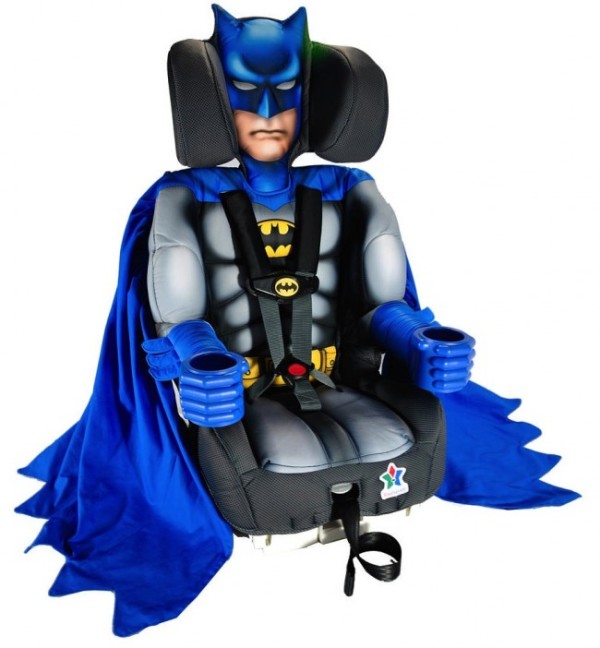