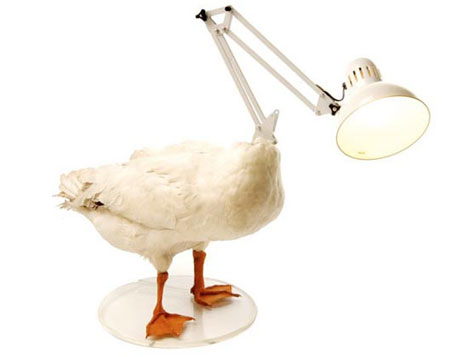 Sebastian Errazuriz is a designer who has made some really interesting product ideas, focusing on integrating humor and thought to everyday objects. Take for example, the Chick Head Lamp, which depicts a decapitated birdy with a light for a head. We hope it doesn’t still run around like stories we’ve heard.

His other designs include a outfit made from chopped up teddy bears, a wheelchair swing, and a helmet with a smiley face. Sure it doesn’t sound like much, but just check out the pictures. Would you rock that teddy bear outfit on a date? I sure as hell would. Which might explain why dating has been so unsuccessful for me. 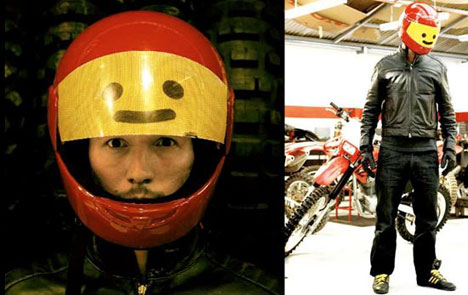 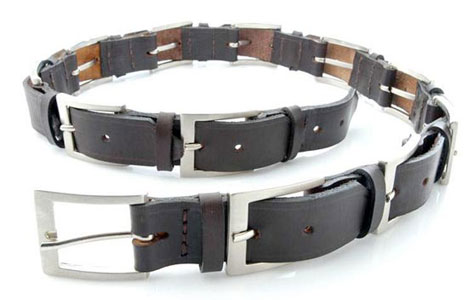 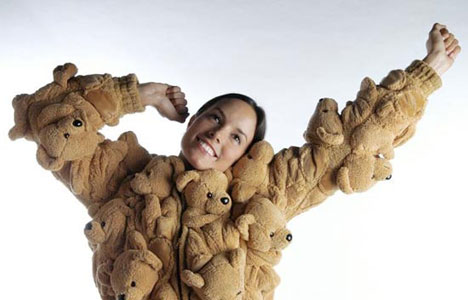