5 Reasons Why Virtual Reality (VR) Will Take Over the World 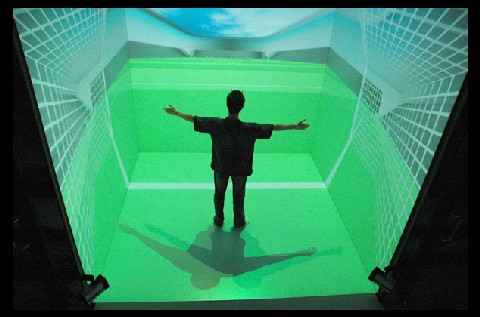 Virtual reality (VR) has finally arrived and it is about to take the world by storm, changing the way we game, shop, and interact online.

Long an idea seemingly destined to be trapped in the pages of sci-fi books and futurist magazines, virtual reality is a dream no longer. Virtual reality (VR) is finally here, and it is promising to be so much more than a fancy gimmick or passing fad. Dozens of companies are developing or indeed already selling VR headsets – Google, Samsung, Sony, and HTC to name a few. However, it is this year’s debut of the cutting-edge Oculus Rift and its hype which is ushering in the revolution.

Although the technology is new, there is little doubt that VR is going to take over the world in the next few years. Here are five reasons why:

For the most part, video games haven’t changed much in 30 years. Players use a controller to move a 2D figure on a screen. VR is going to throw that out the window. It will allow for players to literally be inside the game and move around, interact with the environment, and live the game instead of just playing it.

Not only will this make action games like first-person shooters more thrilling, but will allow game developers to make completely new types of games. Games will put you in the cockpit of a plane or on the football field itself. VR will be also the next big thing in online gambling as you will be able to feel like you are actually in a Las Vegas casino, not just your living room.

Have you ever wanted to watch your favorite basketball team live from courtside? Or see the biggest band in the world perform live and on the stage with them? In real life, these scenarios aren’t very likely, but with 3D live streaming of events straight to VR headsets, they will soon become accessible for just about everyone. Although the technology is still in its infancy, there is a lot of promise in VR streaming content. Imagine not only watching sports, concerts, or plays up close, but also family events taking place on the other side of the world without ever getting on a plane.

One of the biggest reservations people have about buying things online is often that they can’t try the product out first. Chinese e-commerce giant Alibaba and other online retailers are aiming to fix that by developing VR shopping. The goal is to help sell products by allowing shoppers to experience the product in the virtual world, just as if they were shopping in a brick-and-mortar store. Moreover, Alibaba hopes to launch a virtual shopping experience , where people can wander through a virtual store, or walk down 5th Avenue and shop just like they were there.

Even if you happen to be the richest person in the world, you are not going to have time to visit every single corner of the Earth, and barely a chance to visit Mars. But VR is looking to change all of that and bring users a chance to explore places they will likely never visit on their own. From the most remote corners of the Sahara Desert to the bottom of the ocean, you will truly be able to experience the world, even if you’ve never left your hometown.

Although it may seem that social media is bringing people together, studies show that it is actually causing people to become more divisive and disconnected from other people. VR will change all that, as instead of hiding behind avatars and screens, you will actually look at the person you are talking to, see their pictures in real time, and carry on a conversation much the same way as if you were sitting a bar together. In fact, saying that VR will enhance the social media experience probably isn’t going far enough – it is likely to completely alter it forever.