X11 On Android: Impossible? Not Quite! 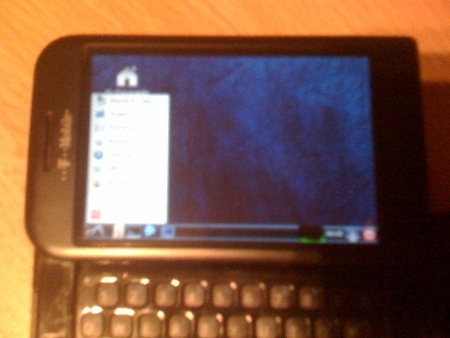 The X11 Window System, which is commonly used on Linux and sometimes on Mac OS X, has made its way to a new OS: Android. Using custom-built display drivers, hacked Debian shells, a VNC server and a T-Mobile G1, hacker Ghostwalker was able to get X11 up and running on the Android. This gives him the ability to run anything from Quake III to xeyes all on his G1 with whatever window manager he wants! KDE, Gnome and IceWM, oh my!

Incredible stuff, but not for the light of heart. If you have a G1 that’s collecting dust, spice it up and give it a try.