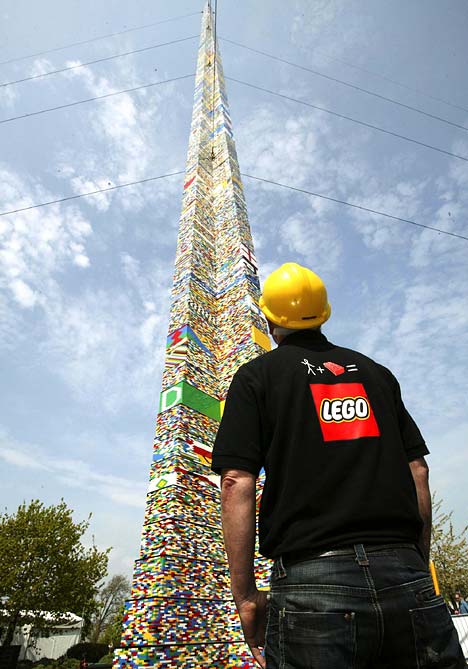 I’m pretty sure anyone who hates LEGOs is a commie bastard. The classic colored bricks have been a staple of everyone’s childhood and that love continues into adulthood. Case in point is the world’s largest LEGO tower, which contains 500,000 LEGO bricks and is 100 feet tall.

Built in Windsor, UK, the huge structure commemorates LEGO’s 50th anniversary. Personally, I haven’t bought a set in a few years, but I will never forget the early-’90s spaceship sets. Those were king. Either way, neither the tower nor those spaceship sets compare to the LEGO Camaro.