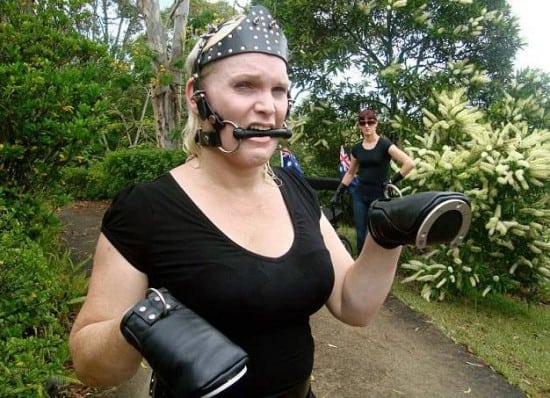 “Once the bit’s in, the tongue is out so you’re not speaking,” she explained. “If you drool while wearing a bit, you’ve got to be wearing the wrong-size bit.”

And she knows all about proper bit-ware. Each of her special horsey ensembles cost anywhere from $8,000 to $16,000.

“When I’m in the pony gear, I feel freer,” she said. “It’s about who you are, it’s about expressing yourself. I become me.”

Her friend Grace even rides her to complete the illusion. Giddyup.

“I steer by giving her commands via turns of the reins,” she said. “That’s a good method and she can respond to pressure on either side of her mouth, same as you would with a horse.”

Her horsey obsession could be a way to shed herself of her shyness, according to a licensed sexologist. 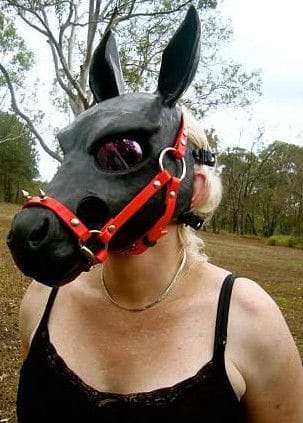