Wikileaks, Nirvana, and the Net of Indra 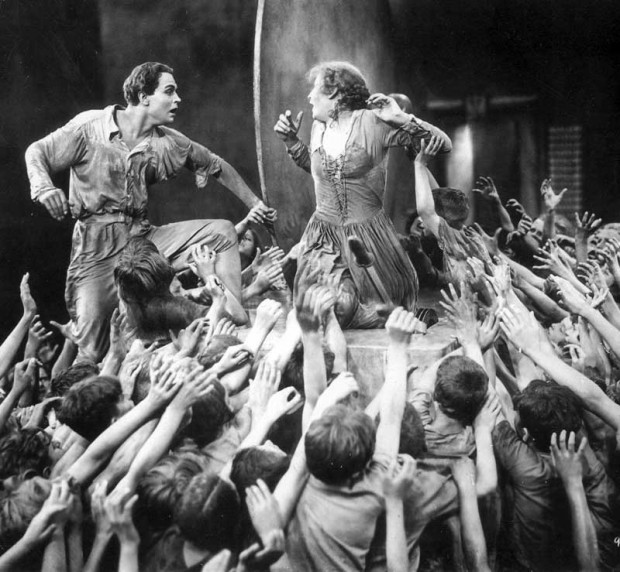 In a post at the Atlantic today, Jaron Lanier offers to reframe the Wikileaks question. But what he does looks much more like the infamous mission statement of the National Review: to stand athwart history yelling “stop!” And the yelling—a very genteel, very cool kind of yelling, but a holler nonetheless—conceals the fact that the history he wants to preserve doesn’t entirely comport with history itself. It’s a map that wants to be the territory, but keeps bulging at the corners and folding in inconvenient places.

Wikileaks is a new phenomenon, but it has a history, a record of word and deed comprising a fit subject of analysis. Its founder and putative leader, Julian Assange, has made specific arguments, the merits of which may be weighed and considered; the leaks have had their specific, measurable effects, which are surely the legitimate focus of ongoing criticism. Sustained scrutiny of the express social and political paradigm undergirding Wikileaks, and the consistency with which the actions of Assange, the leakers, and their allies enact those principles, would be healthy and useful. (They are both more idealistic, and more practical and constrained, than Lanier and other critics prefer to admit.) But Lanier pitches his critique at the higher, far more vague ground of the twentieth century’s great liberation movements:

We celebrate the masters of nonviolent activism, such as Nelson Mandela, Mahatma Ghandi, and Martin Luther King, Jr. All these figures displayed astounding courage, faced arrest, and suffered without hating their oppressors in order to demonstrate a common humanity. These remarkable people did not make “Crush the bastards” into their mantra.

There is truth to this—and it’s safe to say that Western political culture now considers the speeches and biographies safe fields from which to gather the fruits of wisdom. But not one of these men nor the movements over which they presided would have prevailed without a willingness to engage a spectrum of political action. Gandhi wore robes and espoused satyagraha, but he knew he was engaged in something more serious than a cricket match. Lanier’s preferred mode of political engagement, by contrast, is genteel and therapeutic in nature.

Civil disobedience is fundamentally respectful of the shared project of having a civilization, but only when the protestor gets arrested voluntarily and without sneering at opponents. Instead, one hopes to raise consciousness with a flood of respect and compassion, even for those who disagree.

The ultimate objective of civil disobedience in this mode isn’t to change the relations of power and authority, but to further self-actualization. It’s the politics of a post-political age: political engagement as lifestyle. Discussing his youthful dabbling in the anti-nuclear movement, Lanier talks about his personhood, and not the fate of the planet, as the true battleground:

If my phase as a protester had been ruder, I would have complicated my own avenue for personal evolution, because I would have become too invested in the trauma that would have ensued. Respectful civil disobedience is not only more productive for others, but for oneself. It is the path away from extremism.

There’s much to be said for the salutary effects of the personal discipline of public commitment. But Lanier’s political taste seems to run to the kind of me-generation political stylings that ultimately neutered twentieth century traditions of engagement. Trace back all the strands, and those movements—exemplified by the triumvirate Lanier names—are much more complicated than they might appear from a broadcast of Frontline or American Experience. The civil rights movement earned its place in the culture by virtue of the unselfish heroics of its best proponents and by the brave, mellifluous words of King—but it earned its political effectiveness by its rigorous and righteous engagement in a spectrum of political communication ranging from exhortation to bargaining to threat. As a brand, “I have a dream” worked in part because the public ultimately found in it a prospect more tasteful than that of burning cities.

Comparing Julian Assange to Martin Luther King, Jr., is bound to turn out badly for the bohemian, silver-maned Australian of the moment. But I don’t think Lanier’s reframing is very useful—indeed, it’s misleading. The correct frame isn’t the civil rights movement or apartheid or Indian home rule, but statements made by Julian Assange and Wikileaks’ defenders and fellow-travelers. Of what is their vision composed; what kind of future is favored in their political imagination? Does that vision complement civil society, or undermine it? And to what extent do the cable dumps and other Wikileaks actions further those goals?

The political style that Jaron Lanier limns in his essay (adapted from its earlier appearance in the German magazine Focus) doesn’t allow for the necessary imperfections of its actors. It eschews an open Internet if it means contending with the bad and the ugly as well as the good. But the Internet—and for that matter the historically-determined public sphere out of which it emerges—doesn’t work that way. We’re always in the midst of things, in the mud and dirt where good, bad, and ugly coincide. The effectiveness of the public sphere has derived from its negative capability, its capacity to accommodate diverse and divergent strands, without forcing compromise or insisting on protocols and proprieties.

This is not an ideology but an empirical fact, and the ensuing dilemma is illustrated most elegantly by the condition Lanier imposed on the Atlantic to close comments—a condition at odds with the very structure of the Internet, exhibited by the difficulty in making sure that all commenting venues were actually closed. As Alexis Madrigal of the Atlantic makes clear in a meaty and measured mea culpa on the ensuing brouhaha, the kind of openness Lanier criticizes Internet culture for embracing is native not to hackers or programmers, but to the public sphere—it’s an ethic of the magazine itself, whose rich history of publishing clashing opinions reaches back through three American centuries. What Lanier seems to want instead is not the messy agora of a public sphere, but an Internet made in his image: cool and collaborative, a salon for creative, self-actualizing souls. To chase another idealistic metaphor, Lanier wants nirvana. But all we ever get is the Net of Indra—reality itself, with our hates and hungers, as well as our virtues, reflected at every point.