Wii controller prototypes: Thank the gaming gods for the Wiimote 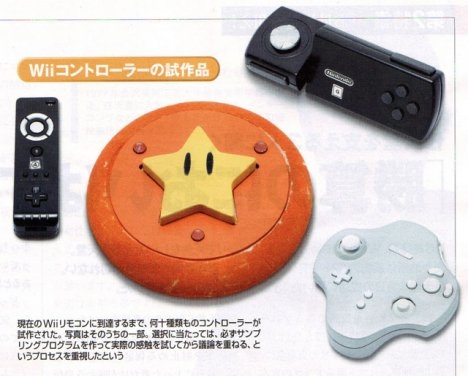 This picture, which was snatched from the inner depths of the official Nintendo forums, is a scanned photo from Japanese magazine (Japzine?), Nikkei Business, which features some of the early prototype models for what became the Wiimote. We’ll be the first to say, “Thank you oh mighty gaming God, for not bestowing upon us these horrendous looking controllers!”. That orange atrocity in the middle is almost too ugly to believe as true. The prototype in the bottom right looks like the Nintendo 64 controller’s retarded cousin. Next time you want to complain about the Wiimote, take a look at what it could of been. We shudder to think about it. — Andrew Dobrow

Nintendo’s “failure to launch” [via Kotaku]