Why So Serious With That Poker Face? 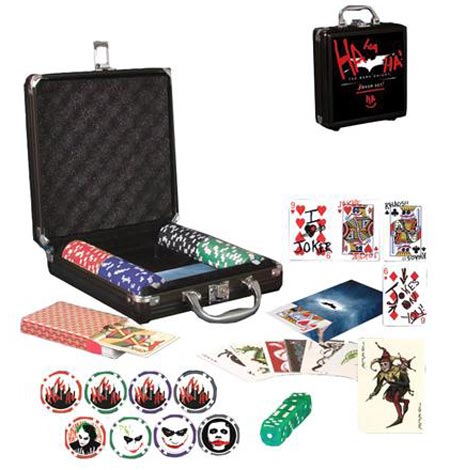 If you’ve been living under a rock for the past week then you probably missed out on the news about The Dark Knight being an amazing film and achieving the critical success that was expected of it. So, of course they’re going to release every known merchandise that exists into a Dark Knight theme. Like poker? So does the Joker. No, not the dead one, the timeless comic book variety.

The Dark Knight Joker Poker set is limited edition and ships in August and costs $85. Included is a deck of Joker gimmick cards as well as another four suit deck and poker chips defaced by the Joker, himself (not the dead one). Have a lousy poker face that isn’t fooling anyone? Simple solution: the Joker solution. Cut a smile into your cheeks, no one will no whether or not you’re serious, they’ll just know you’re psychotic.