What’s The Difference Between A Hacker And A Hacked E-mail Account? Lipstick! 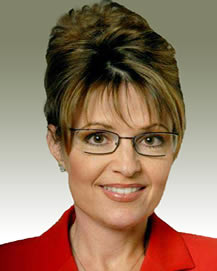 I’m sure you’ve heard about Republican vice president candidate Sarah Palin’s e-mail account getting hacked. Turns out, the hacker knew more about her personal life than both the Republican party and the press. The hacker had guessed that Alaska’s governor had met her husband in high school, and also knew Palin’s date of birth and home Zip code. With those details, the hacker tricked Yahoo’s e-mail service into assigning a new password, “popcorn,” to the Alaska Governor’s e-mail account.

A formal investigation has been launched by both the FBI and the Secret Service against the hacker who has since come out anonymously via the Internet but there is no word on his identity. While it certainly was a violation of Palin’s privacy, the following question was raised: should Governor Palin have been using a non-government e-mail to conduct state business? Also, does this evidence imply improper political activity? I think not, but Sarah Palin definitely needs to think of some better password recovery questions.