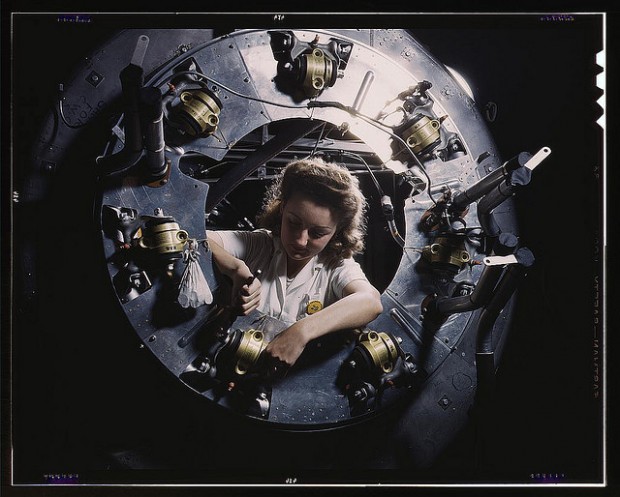 To read Kevin Kelly is to be whipsawed between telling fact and astounding fancy, startling insight and wild speculation. In What Technology Wants, his ninth and perhaps most ambitious book, Kelly elaborates a theory of technology that emancipates tools from the bondage of human hands. In the weeks to come, I’ll be blogging my reading of Kelly’s challenging and provocative work.

Both an impresario and a muse of the digital age, Kevin Kelly is hard to miss. A prolific photographer and tireless traveler, he backpacked around Asia as a young man, encountering the continent’s exotic abundance via the frame, and the impediment, of cameras. In his mid-twenties he bicycled across the United States, homesteaded in upstate New York, and became a publisher of travel books. Writing and publishing led him to the Whole Earth Catalog, through which he discovered computers and electronic networks; an early presence in online communities, he went on to found Wired magazine in 1992. Did I mention that Kevin Kelly is a baby boomer?

But if his energy and enthusiasm are of a piece with his generation, Kelly’s approach to tools is all his own. It’s clear that throughout his engagement with technology, tools have both threatened and enthralled him, puzzled him and pushed him to new flights of fancy. If you spend much time on Cool Tools, one of several blogs he hosts, you’ll quickly get the feeling that for Kelly, technology is a force that works its way into every aspect of human life. Like a gaseous substance, technology expands to fill space; like a living force, it multiplies to occupy every conceivable niche, radiating outward in a baroque profusion of hairsplitting diversity. Stirring soup? There’s a spoon for that. Are you on the other hand stirring stew? Hang on, there’s a different spoon for that. The abundance of technological fixes for Kelly is nowhere better illustrated than in the Cool Tools posts on clothing: there are pants for carrying nails, pants for carrying cellphones, pants for carrying stuff without people knowing you’re carrying it… and the list goes on, presumably indefinitely: pants for climbing deciduous trees and plants for climbing conifers, pants for arriving at the airport and pants for sitting on planes—one begins to wonder if what technology wants is to define every conceivable distinction in human activity and fill it with a tool. I mean sometimes we simply make do, don’t we?

It’s clear that Kelly, too, comprehends not only the fascination of tools, but their uncanny power to overwhelm us as well. In the first chapter of What Technology Wants, he depicts his life as a dialectic of cleaving to technology and holding it at arm’s length. As a publisher and thinker on tech and tools, he observes, “I have chosen to deliberately position myself to keep the maximum number of technological options within my reach,” he writes. And yet his personal choices by his own account have been judicious: he doesn’t own a smartphone or a PDA, doesn’t use Twitter, and raised his children without television. “I continue to keep the cornucopia of technology at arm’s length,” he writes, “so that I can more easily remember who I am.” (Did I mention that Kevin Kelly is a baby boomer?)

It’s this contradictory experience of technology, Kelly observes, that led him to pose the questions that impel What Technology Wants. What is technology, precisely? Where does it come from, what are its limits, why does it emerge—and rather late at that—in the human career? While the ancestors of modern humans were making crude tools more than two and a half million years ago, elaborate technology only burst onto the scene some fifty thousand years ago. Since that great leap forward, however, technology has flourished and diversified in all the ways that we have been talking about. In that respect, as Kelly observes and others have noted, it bears more than a passing resemblance to biological evolution. Kelly observes the ever-advancing ecological interdependence of technology:

Each new invention requires the viability of previous inventions to keep going. There is no communication between machines without extruded copper nerves of electricity. There is no electricity without mining veins of coal or uranium…. no metabolism of factories without the circulation of vehicles…. This global, circular, interconnected network of systems, subsystems, machines, pipes, roads, wires, conveyor belts, automobiles, servers and routers, codes, sensors, archives, activators, collective memory, and power generators—this whole grand contraption of interrelated and interdependent pieces forms a single system.

And technology not only grows; like life itself, it seems to want to grow. Kelly wants to explore the possibility that technology is a thing that is capable of wanting. Kelly has a name for this hungry, ambitious, and giving force of nature: the technium. And what does the technium want, in Kelly’s estimation? It wants autonomy.

The nature of “autonomy,” Kelly’s encounter with which I’ll explore in my next What Technology Wants post, is complicated and murky, by turns exciting and unsettling. But before we can come to grips with the technium’s autonomy, other questions about Kelly’s project arise. Does his fascination with technology—which is also ours—create a domain where none really exists? Is there such a thing as the technium—unified, ramified, and expanding? Or does the specter of a technium reflect the proclivities and desires of our own time? Is the technium natural, or is it cultural? And is this a distinction that matters? Questions for next time.