If you like to keep things short while texting, chances are you are a big fan of acronyms. Well, there’s nothing wrong with that. But, irrespective of how often you use acronyms, there are possibilities that you might not be familiar with them all.

SML is one such common acronym on Snapchat that most people are often confused about, and rightfully so. The main reason behind the confusion is the multiple meanings of this single acronym. You can use it in different contexts and with different intents.

So, if you are still confused and want a better understanding of what SML is and how you can use it on Snapchat, this article is for you.

Also Read – What Does The X Mean on Snapchat?

The meaning of “SML” on Snapchat

Snapchat, known for its ephemeral content, is a popular texting platform. Since the messages are deleted after the recipient reads them, many users find the platform more secure for short-term conversations.

Among all the used acronyms on Snapchat, SML has been gaining popularity recently. And as we mentioned before, it has two meanings.

So, how do you know which one the sender meant when they sent it to you on Snapchat? Well, it’s generally the tone of the conversation and the intent behind the message.

In most cases, you should be able to tell the difference, given that both these meanings have a lot of differences in their usage in a statement.

If the sender is trying to send their message to depict failure or tell you something terrible has happened, SML, in that case, means Screw my Life.

However, if the sender is trying to tell you about a situation that happens with them regularly and they are tired of the same, SML can stand for Story of my Life in that case.

You will better understand the same when we explain the same with some examples in the next section of the article.

Also Read – What Does “WRD” Mean in Text on Snapchat?

If you are new to using acronyms on Snapchat and are confused about how to use SML in a conversation properly, let us explain that to you with some proper examples.

Scenario 1 – Subject A is down with a fever, so he missed school. He asks his friend, Subject B, what happened in school and what he missed. Here’s how the conversation goes:

Subject A – Hey, Man! Down with a nasty bout of cold and fever. What did I miss at school today?

Subject B – Don’t ask, man! Mr. Williams decided to do a pop quiz for Algebra today. I tanked the thing, SML!

In the above situation, the use of SML denotes “Screw My Life” because Subject B didn’t perform well in the pop quiz.

Scenario 2 – Subject B is discussing the discourse of the day, where she received a parking ticket because she was late to work and wanted to buy a coffee but parked somewhere illegally. Here’s how the conversation goes:

Subject A – Hey there! How are you? How has your day been today?

Subject B – Well, I am doing alright, but I had the worst day. But what’s the news?

Subject A – Why, what happened?

Subject B – I was late to get to work but desperately needed some coffee this morning. Turns out, the spot where I parked my car wasn’t legal. Now, I have a parking ticket that I have to pay off. SML!

In the above scenario, SML is used to depict “Story of My Life” to express how experiencing such a “disaster” has become the norm for Subject B.

Regarding depicting some of the most common Snapchat acronyms, there are 300+ known, and the list is only increasing. While it’s impossible to list out all of these acronyms in this article, let us walk you through the top 20 Snapchat acronyms you will need in your daily conversations.

These are just the tip of the iceberg regarding the acronyms used on Snapchat. Since Snapchat is all about short-term messaging and texting, there is much more to the list than this.

When using acronyms, the only tip is to use them with proper intent. You don’t want to use an abbreviation in the wrong situation.

Since most acronyms have more than one meaning, using the abbreviation in the right manner and in proper context makes all the difference.

Also, if you are conversing with someone who doesn’t know acronyms, be accommodating. You don’t want to make things complicated in the conversation. So, if you use the abbreviation once or twice and they respond more confusedly, it is better to avoid using them altogether.

Using acronyms like SML on Snapchat is very common and nothing out of the ordinary. If you are new and confused about SML and what it denotes, we hope this article clarifies all your doubts. Since SML has a dual meaning, you must be extremely careful how you use the same in your conversations. 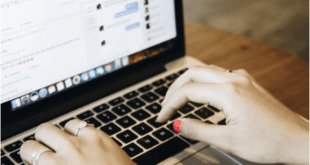 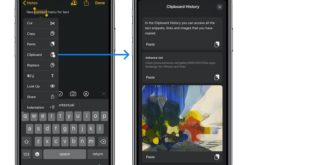 Where To Find Clipboard On iPhone?