UK Plans On Making Everyone A Cop 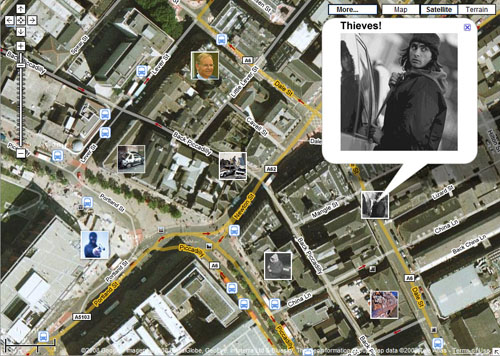 “The public are the best weapon for fighting crime,” says United Kingdom’s Home Secretary Jacqui Smith after introducing a new approach to criminal statistical surveillance earlier this month. Once police in England and Wales started publishing their monthly crime statistics, giving the public more information on local crime information, they knew they had to take it one step further. The government plans for a system of interactive maps showing the public when and where crimes have happened, so everyone can get in on beating up the local thug.

“By rolling out up-to-date, interactive crime maps we can better inform people about crime problems in their area and enable them to have much more of a say in what their local police focus on,” Jacqui Smith added.

Quite frankly, I don’t give two shits where the criminals are, so long as they’re no where near me. The law is taking matters into it’s own hands, cause they’re pissed at Google.  By the end of the year, every neighborhood in England and Wales will have access to local crime information. The police are thinking, “can’t someone else do it?” I foresee multiple citizen arrests.