Turn Your iPod Nano Into a Touchscreen Watch 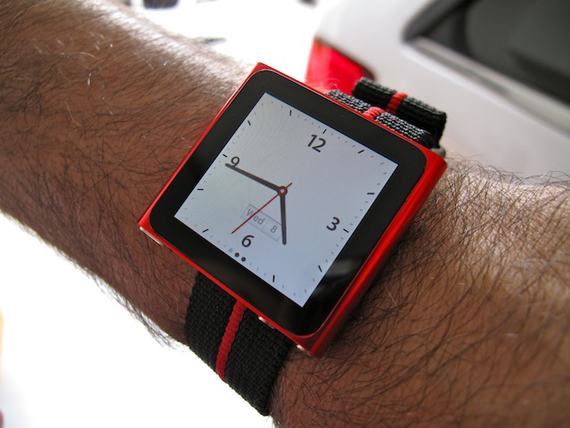 The new iPod Nanos look like they were literally designed to be modified as a wristwatch. The tiny square shaped touchscreen device would make such an awesome watch that County Comm tried attaching the Nano to one of their standard 22mm watch band and what do ya know? It worked out perfectly.

The watch band fits perfectly through the Nano’s clip, yet is thin enough so that you can unclip the Nano at will whenever you want. The only thing I’d be worried about is the Nano’s clip letting the band slide right through the clip slot, resulting in an ugly Apple-product-meets-floor disaster. Though the clip might be so perfectly fit that it keeps the device safe and intact. Head over to County Comm’s site to order your own.