To DRM or Not To DRM? 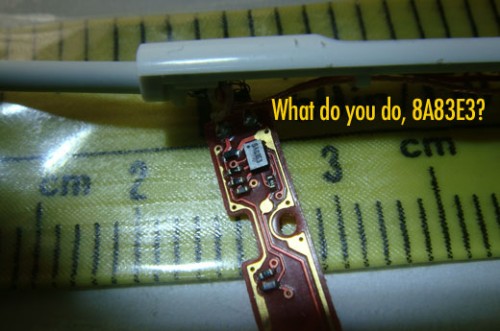 So over the weekend, one of the bigger topics floating about the Internet involved Apple’s new iPod Shuffle. After dissecting the new set of headphones it comes with, Boing Boing Gadgets discovered a very small chip on the inside of the headphones that was overlooked by nearly everyone. BBG speculates that the chip is some kind of proprietary DRM chip that Apple will use to force third-party manufacturers to pay Apple a fee for making headphones. While it makes sense, I don’t think that’s the case here. If you look at the chip, it’s really too small for any kind of DRM nonsense. I’m thinking it has to do with the new control scheme for the Shuffle. What do you think?